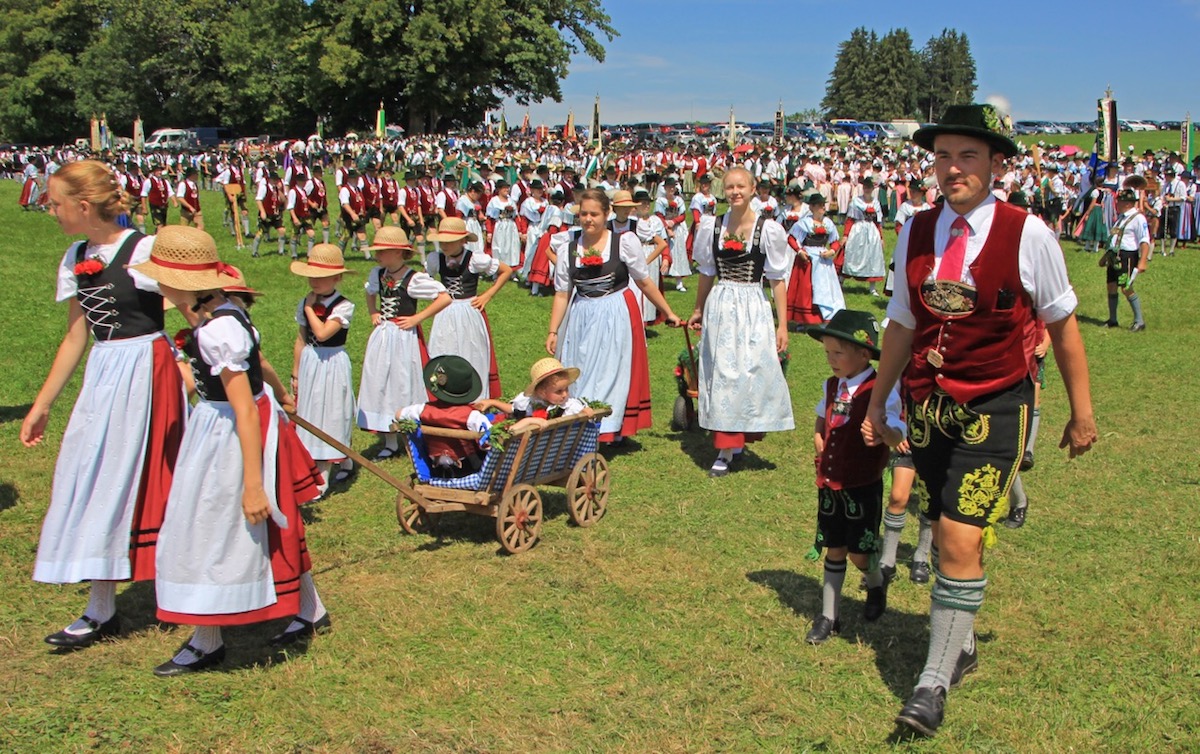 Bavaria is world-famous for its vivid traditions. In our beautiful Pfaffenwinkel region too, the people are looking after their long-lived customs and almost every village has a folklore group, a brass band in traditional costumes and sometimes even a drum group.

All these different groups are organised in the Bayerischer Trachtenverband e.V. (the Bavarian traditional costumes association). More than 165,000 adult members and more than 100,000 children and teenagers are active in their groups and associations and devote themselves to their home towns and traditions at the numerous occasions and events in their region.

For the active members, the big Gautrachtenfeste (regional festivals) are the highlights every year. The group hosting a festival is very engaged to carry out a magnificent and smooth event.

Last year, the folklore group „Die lustigen Oberlandler“ Wies hosted the 91. Gautrachtenfest of the Oberen Lechgau-Verbandes for their group’s 110-year anniversary. This special event was celebrated with a festive weekend from 27 to 29 July 2018. Almost 4,000 people in traditional costumes from the Ostallgäu, Pfaffenwinkel and South Tyrole regions showed on the festival Sunday that the traditional costumes are alive and worn with pride from all the different generations.

After the programme from Friday and Saturday, the Sunday started with a wake-up call from the Wieser Böllerschützen (saluting gun riflemen) and the festive service in the Pilgrimage Church of Wies. The performances of the young folklore groups created a good atmosphere in the big tent.

At 1.30 pm the big parade took place with 49 groups, 25 bands, five drum groups and 14 carriages in front of the beautiful scenery of the Pilgrimage Church of Wies and its surroundings.

The good Lord surely had a special eye on this event because the wather was wonderful with temperatures around 28 degrees Celsius, white and blue heaven and a lot of smiley people.

Of the many participants of the parade we can only show a small selection of the happy people in their traditional costumes and historical robes in this presentation. It was hard to make this selection because every single group out of the 49 would have deserved it to be presented here. 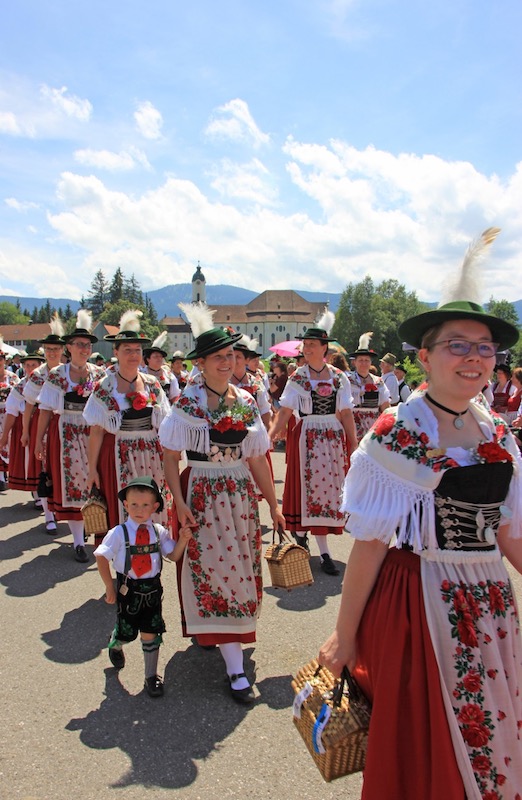 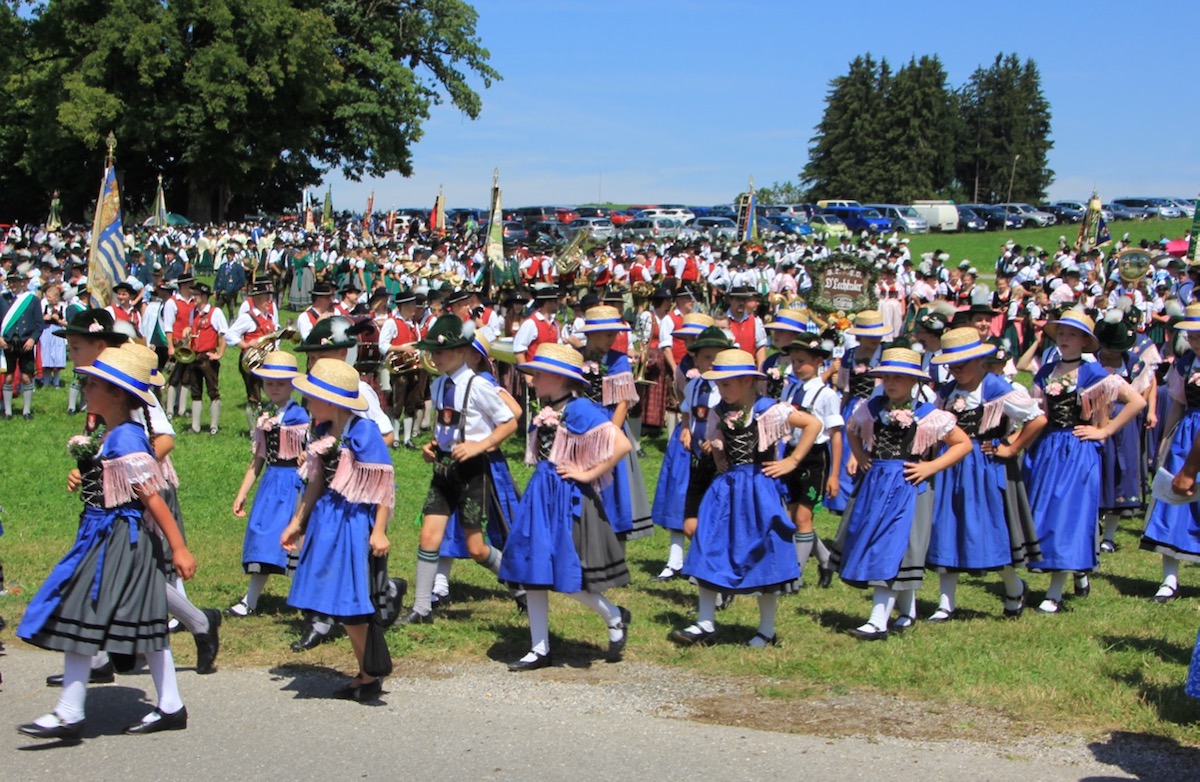 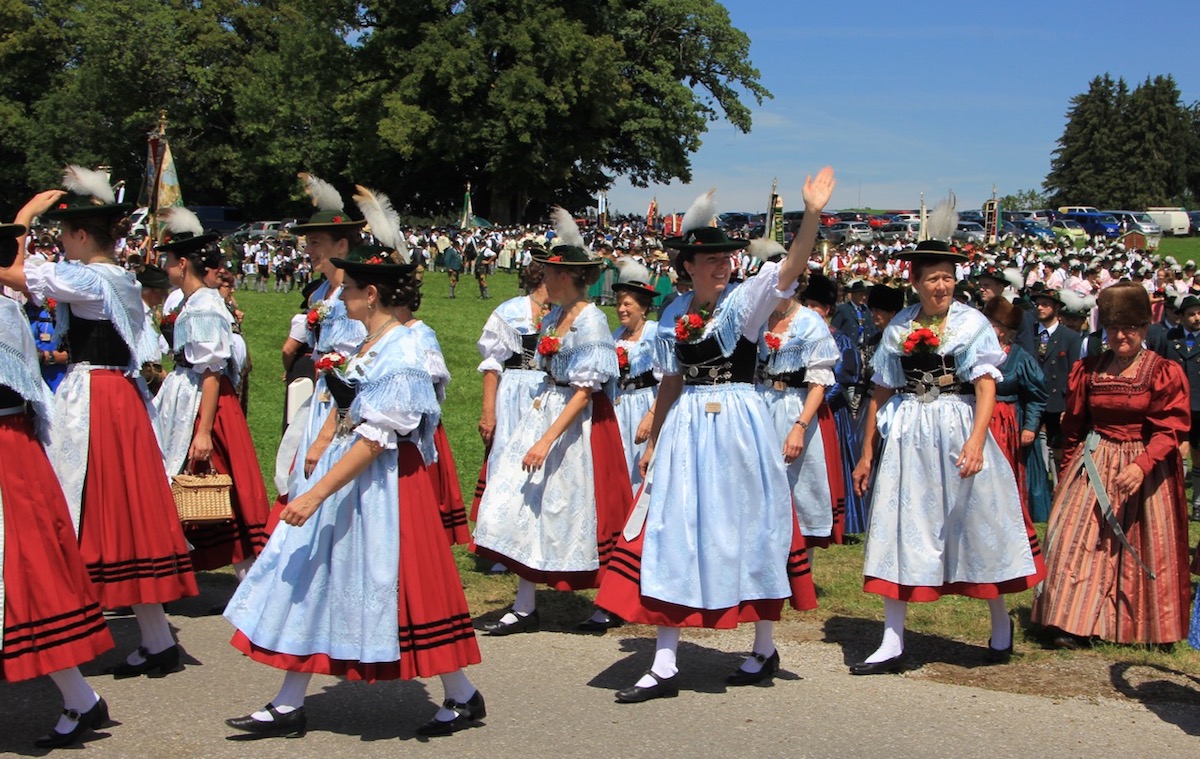 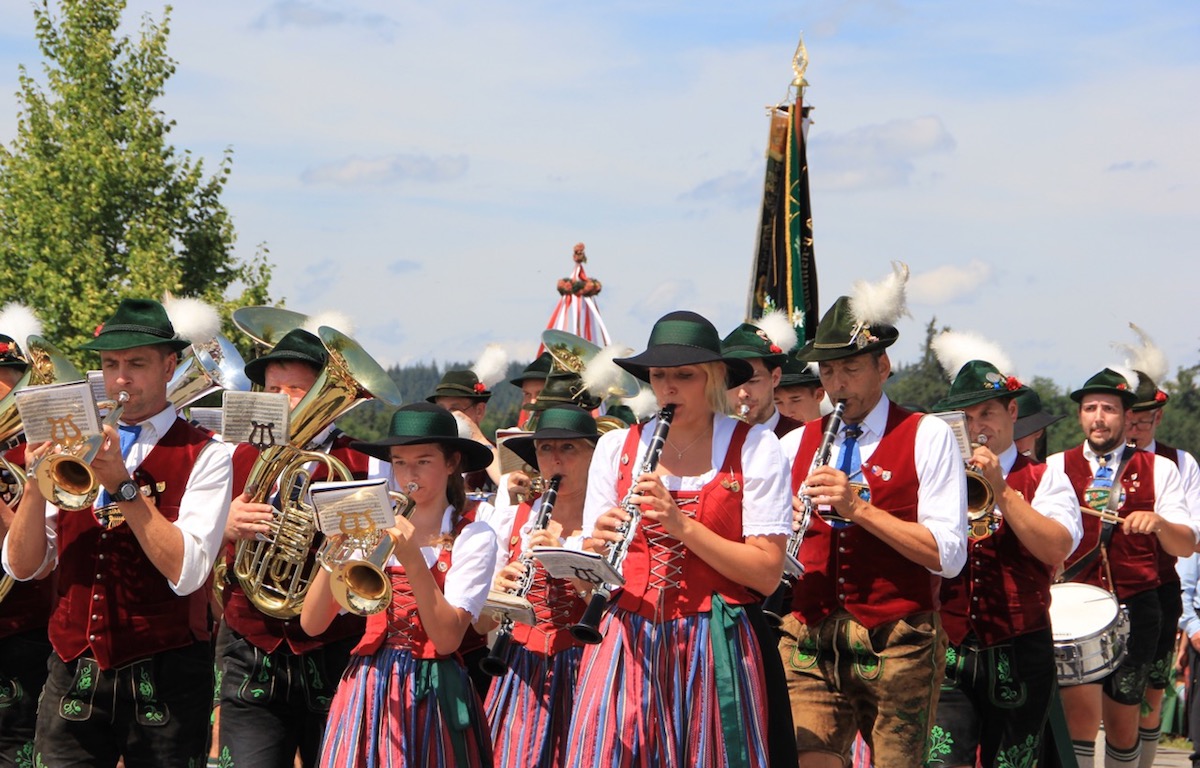 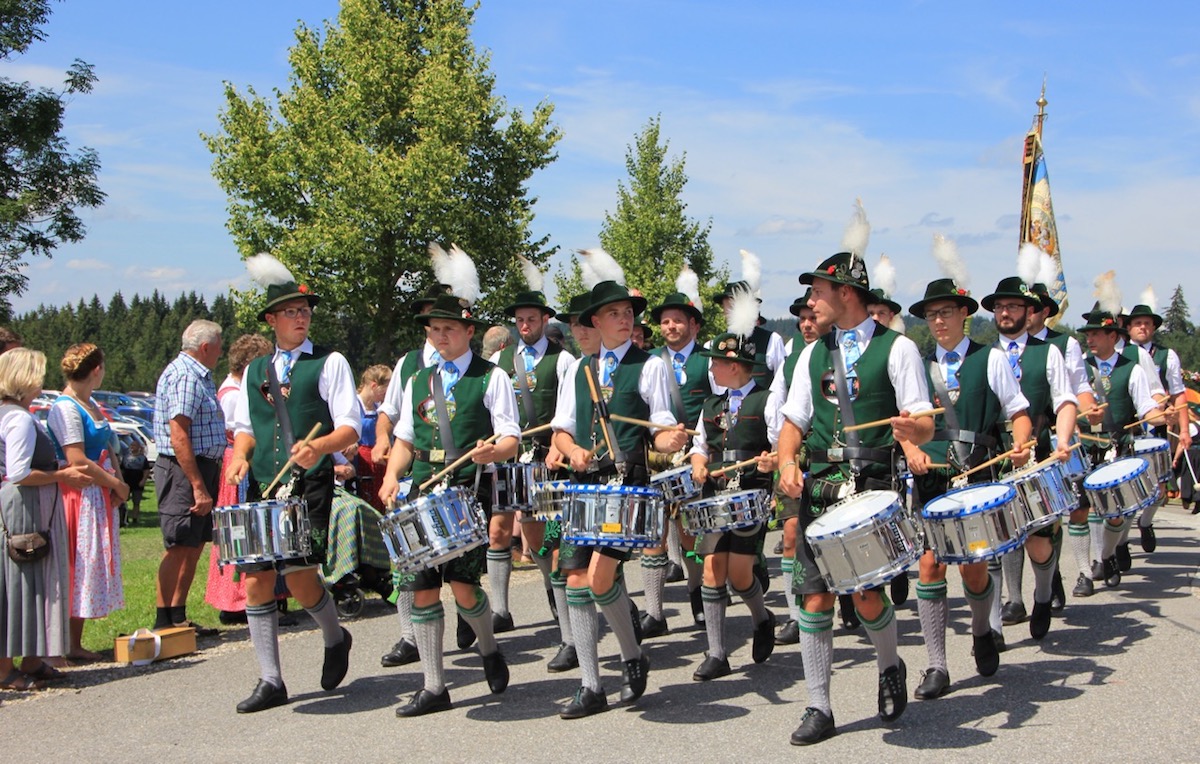 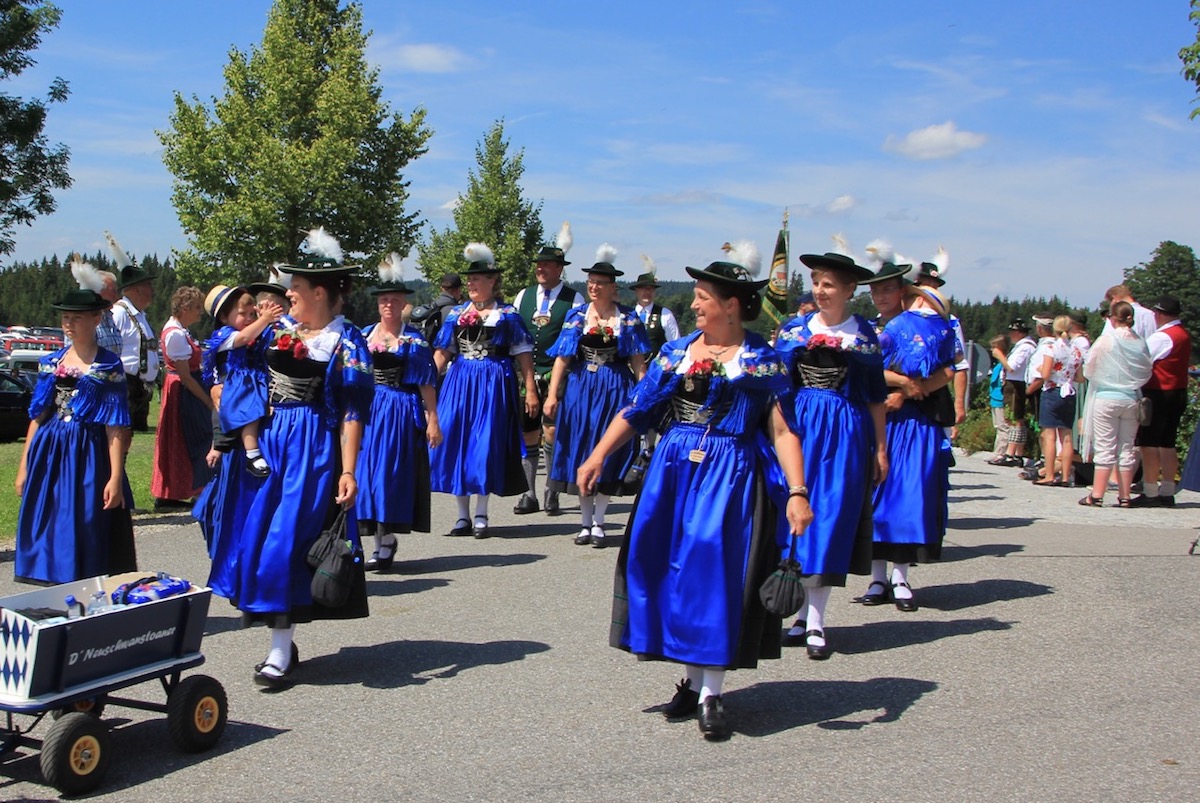